Karolina Freino works  at the junction of different media, predominantly in public sphere. She explores complex social textures that deal with personal memories and layered histories of the place. She makes visible what is forced to be invisible and excluded, embracing isolation, grief and horror vacui as her subjects.

I feel I am missing something when I hear no music, then when I hear music I feel that something is really missing. – Robert Walser

Walser’s sentence was transferred through different coding systems in order to translate words into melody. The process was strictly regulated by the rules of all used codes: the German language was translated into Polish and afterwards particular letters were written in the Braille Alphabet. Because basic Braille signs are used in different contexts (language, science, music, etc.), the received sequence of letter signs could be read as music notation. Therefore, in the next step, it could also have been written using traditional music notes.

For the first time the composition was performed by Moona, a violinist in the Market Square in Wroclaw. A musician from Antwerp will perform “Untitled (for Rafał)” at Park Spoor Noord, on Saturday, 26 September, from 2pm – 4pm. 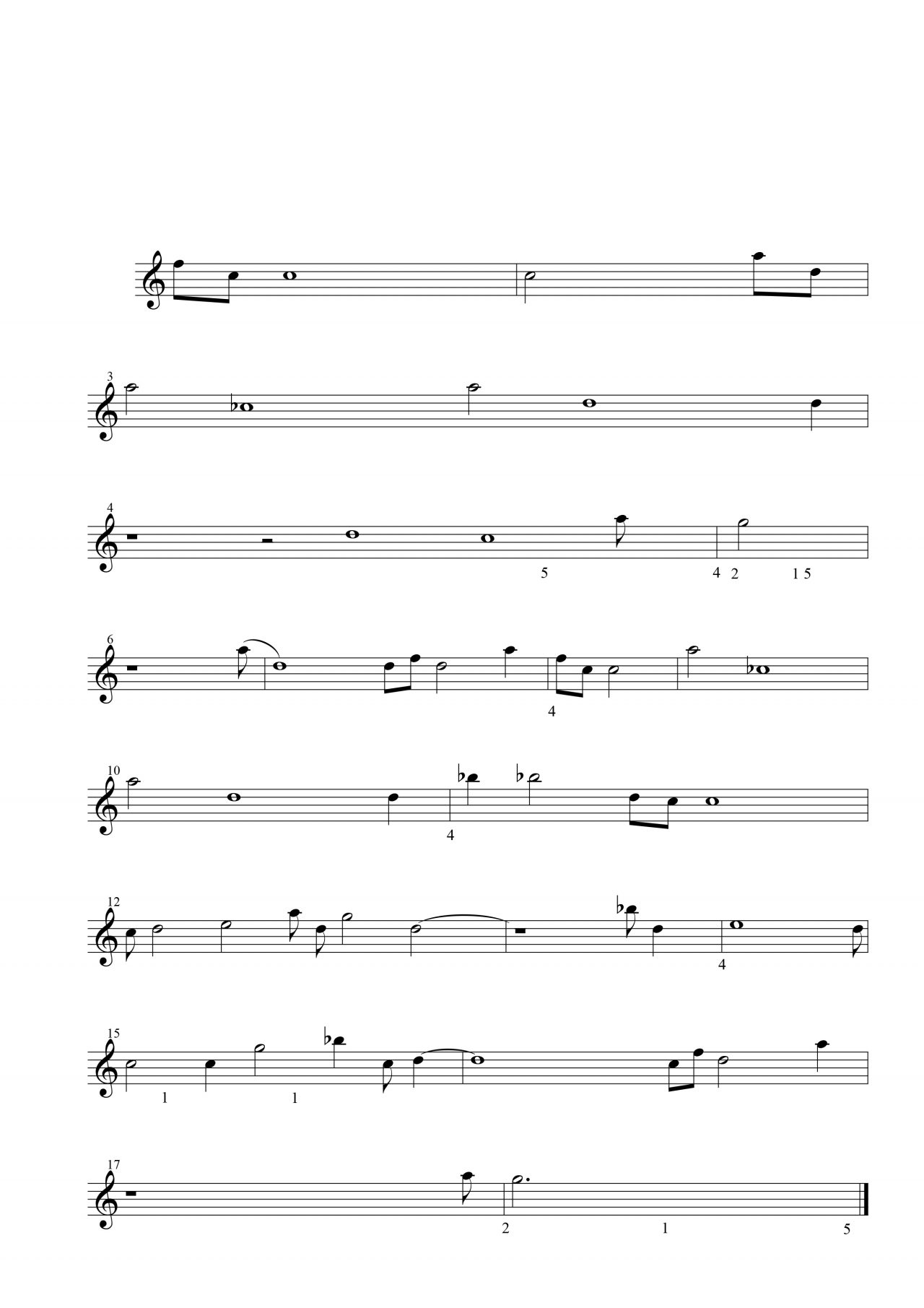 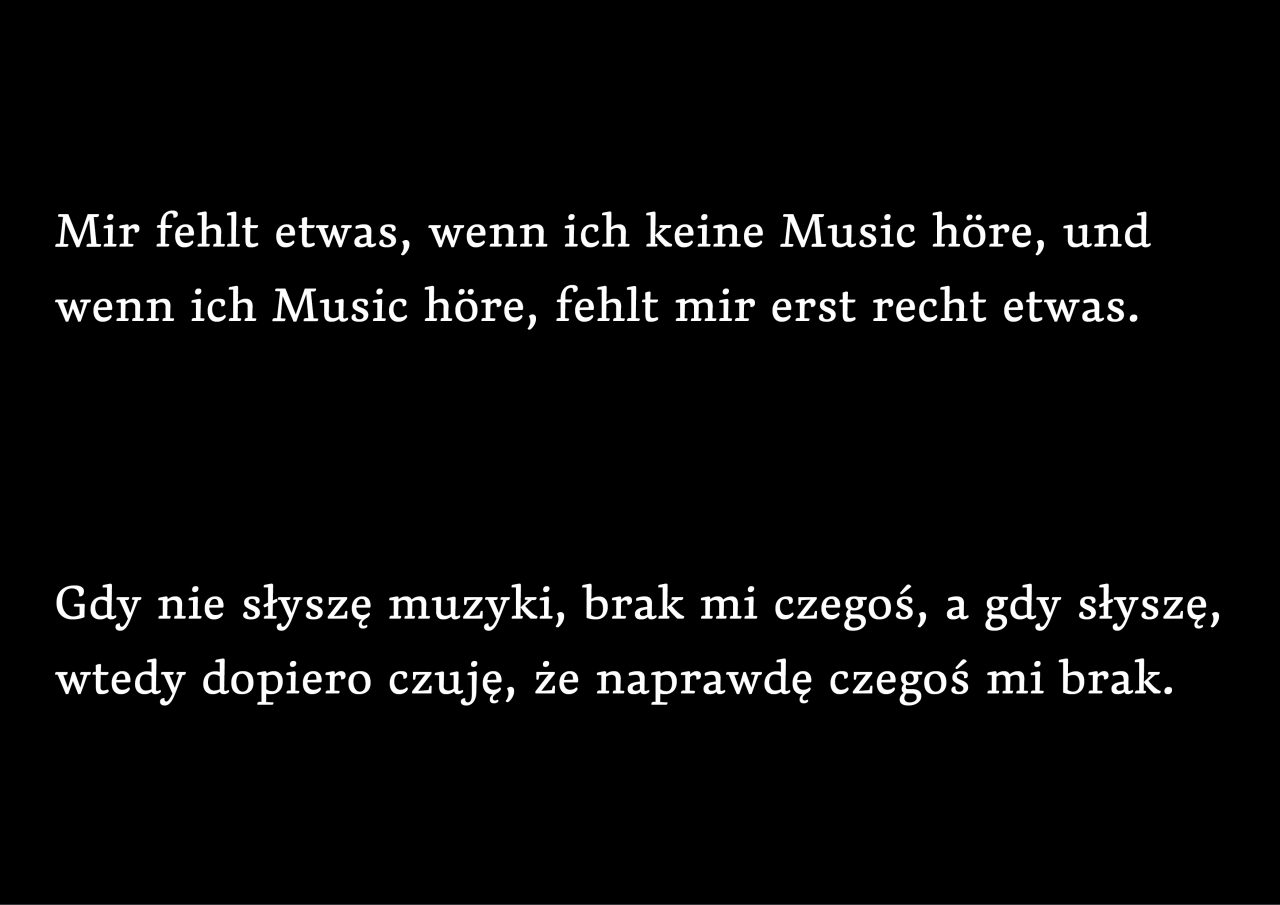